With Lunar New Year just days away, I thought I would give my loyal readers a gift from the heart. No, not a red envelope or 7-11 booze...
Bike-Train Information!!!!
Cycling around Taiwan is often very convenient and also very rewarding. Still, one of the major gripes a cycling traveler can have here is the lack of any information in English on putting bikes on trains. There is a good reason for this. The Taiwan Railways Administration (TRA) has buried a very comprehensive bicycle policy beneath mountains of rules and red tape that makes accurately understanding it almost impossible.
Nobody wants to translate it because nobody, not even the locals, can make heads or tails of it. I have even been to train stations where the person at the ticket counter and the person at the ticket gate have wildly different interpretations of the bicycle policy.
Well... here it is.
My wife and I have set out to try to make heads or tails of this policy and hopefully take some of the headache and frustration out of your next bicycle excursion where bike meets train.
This can be especially valuable in allowing people greater access to the far away places that may be too far for a day ride.
The information below may be subject to change so please check with the TRA before making reservations.
In most cases I used the Hanyu Pinyin spelling system, but I left the local spellings for major destinations. My spelling may vary from other posted spellings so stay alert.
Any guesses how long it will take before this translation makes its way to the TRA?
Have fun and ride safe! 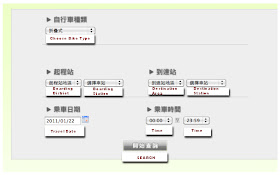 3. Choose 起程站 (From: Choose a station you board)

4. Choose 到達站 ( To: Choose your destination)

6. Choose 乘車時間 (Time: Choose a period time you are thinking about taking the train) 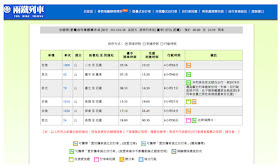 Trains with the following four icons offer bike on board services: 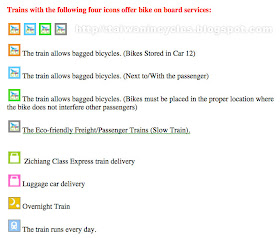 Shipping Bikes as Freight: (pick up at the station) 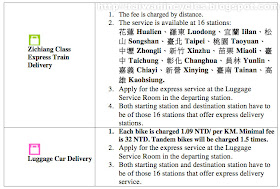 1. Due to the limited space, the number of bikes is limited. Make sure to make a reservation in advance.

3. The TRA is not responsible for the safety of the bike. Bike owners are responsible if the bike is lost or damaged. 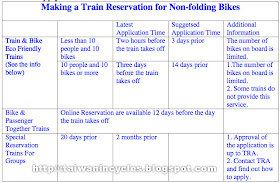 Additional Information: On Bike & Passenger Together Trains, bike owners can be seated in the car where the bikes are parked in racks. At the time being, there are only two trains daily that provide this service, which are No. 274 & No. 275 Chu-Kuang Trains. Each train offers 15 seats for cyclists and 15 spaces for bicycles. 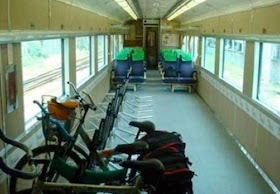 How to book tickets for Bike & Passenger Trains:

1. Go to the TRA website: http://railway.hinet.net/ , and book online. Reservations can be made 12 days before departure.

3. Once reservation is made, you must go to train stations with computer ticketing services to get your tickets. Tell the people at the counter what kind of tickets you are purchasing: adult, child, senior citizen, or charity (disadvantaged person). The staff at the counter will sell you tickets according to your reservation. No. 274 & 275 Chu-Kuang Trains can be reserved online but cannot be paid online. The reserved tickets cannot be purchased at post offices or automatic ticket vending machines. 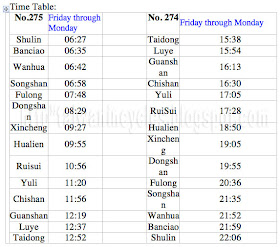 1. Taipei Train Station does not permit un-bagged bikes to get on and off trains. Therefore, tickets for No. 274 & 275 Chu-Kuang Trains taking off from Taipei station are not available for sale.

2. Because some station lack relevant equipments to allow bikes to come in or out of the station. If you need additional help to guide you through the station, please call TRA’s customer service number: 0800-765-888(landline phone only), 02-23702727.

3. If you are traveling with a group of other riders, you can apply for an additional car. Each car needs to have at least 15 passengers and 15 bikes, the fee for the car is calculated with the base estimate of 100 kms. The authority to grant the application is entirely up to the TRA, which will make it’s judgment based on the availability of trains and the availability of stations that allow bikes to enter and leave stations.

Trains that allow bikes to get on and off trains in the Taipei route: 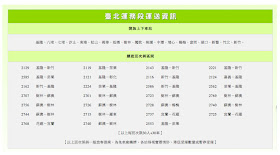 Trains that allow bikes to get on and off trains in the Taichung route: 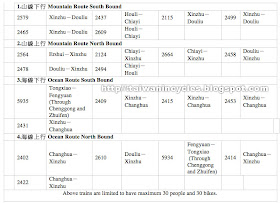 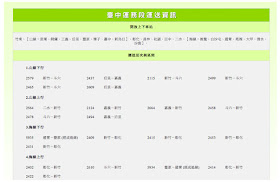 Trains that allow bikes to get on and off trains in the Kaosung route: 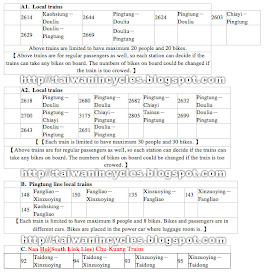 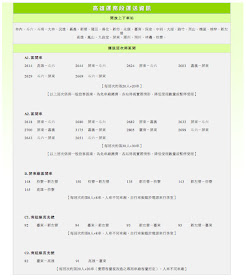 Trains that allow bikes to get on and off trains in the Ilan route: 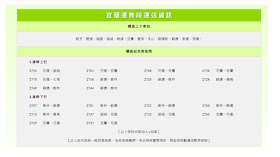 Trains that allow bikes to get on and off trains in the Hualien route: 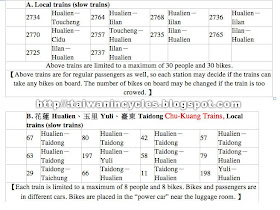 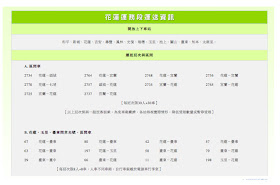 You need to put the whole bike in a bag. No parts of the bike can be exposed.

There is no surcharge for folding bikes.

Folding bikes are allowed on all local trains.

Folding bikes are allowed on the Chu-Kuang Class Express Train (only the PP trains), but the bikes must be placed in the special bike storage area in Car 12. Due to the limited space, the number of bikes is limited. You must make a reservation first.

Folding bikes are allowed on the Tsu-Chiang Class Express ( DMU trains), Chu-Kuang Class Express Trains, Fu Hsing trains. However, policies for fold up bikes are subject to change during holidays. Please check with the TRA website.

Bikes must be placed in a bike bag before passing the ticket gate. After getting off train, bikes are not allowed to be taken out of the bag before leaving the station.

If bikes are allowed on the trains that have yet to be specified for bicycles, bike owners will be required to pay full passenger fares for each bike and for the distance the bike travels.

All HSR trains allow bikes on board, as long as the bike is bagged and not longer than 150 cm, and the total length of its height and width should not be over 220 cm. The weight of the bike should not be heavier than 40 kg. The bagged bicycles should be stowed in the forward or aft luggage compartment.

Taiwan in Cycles recommends purchasing the more expensive Business Class tickets as there is more space behind the rear seats to store a bike without having to worry about the bike getting crushed by luggage. 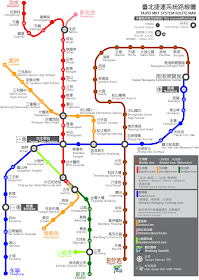 The Taipei MRT allows unlimited access for folding bikes and bagged bikes. Unbagged bicycles have limited access to the MRT on weekends and holidays (though Taiwan In Cycles does not recommend going through the hassle). Access on weekends is available at 67 stations:

Unbagged bikes will be charged an additional NT80. All ticket purchases must be made at the ticket counter. Unbagged bicycles are restricted to the first and last cars on the MRT train. Only 2 bicycles per train car. One bicycle per person (Yes, that is a written rule). Tickets can be purchased at the MRT stations’ information booths. The bicycle’s dimensions should not exceed 180x120x70cm.

All folding bikes are allowed. Bicycle dimensions must be under 205cm with wheels under 20". Bikes that fit this description may ride for no extra charge. All bicycles must use ramps or elevators.

All tickets must be purchased at the ticket counter.

Now nobody can say I have never done anything for Taiwan. Happy riding!